Security researcher, Samy Kamkar, has discovered a technique that allows an attacker to bypass NAT/Firewall protections, leading to remote access of any TCP/UDP port service on the target system.

Dubbed “NAT Slipstreaming”, this attack involves social engineering, the attacker sends the victim a link to a malicious site or a legitimate site with adware. When they visit the site, the attacker can open any TCP or UDP port on the victim’s system, bypassing client-side port restrictions. 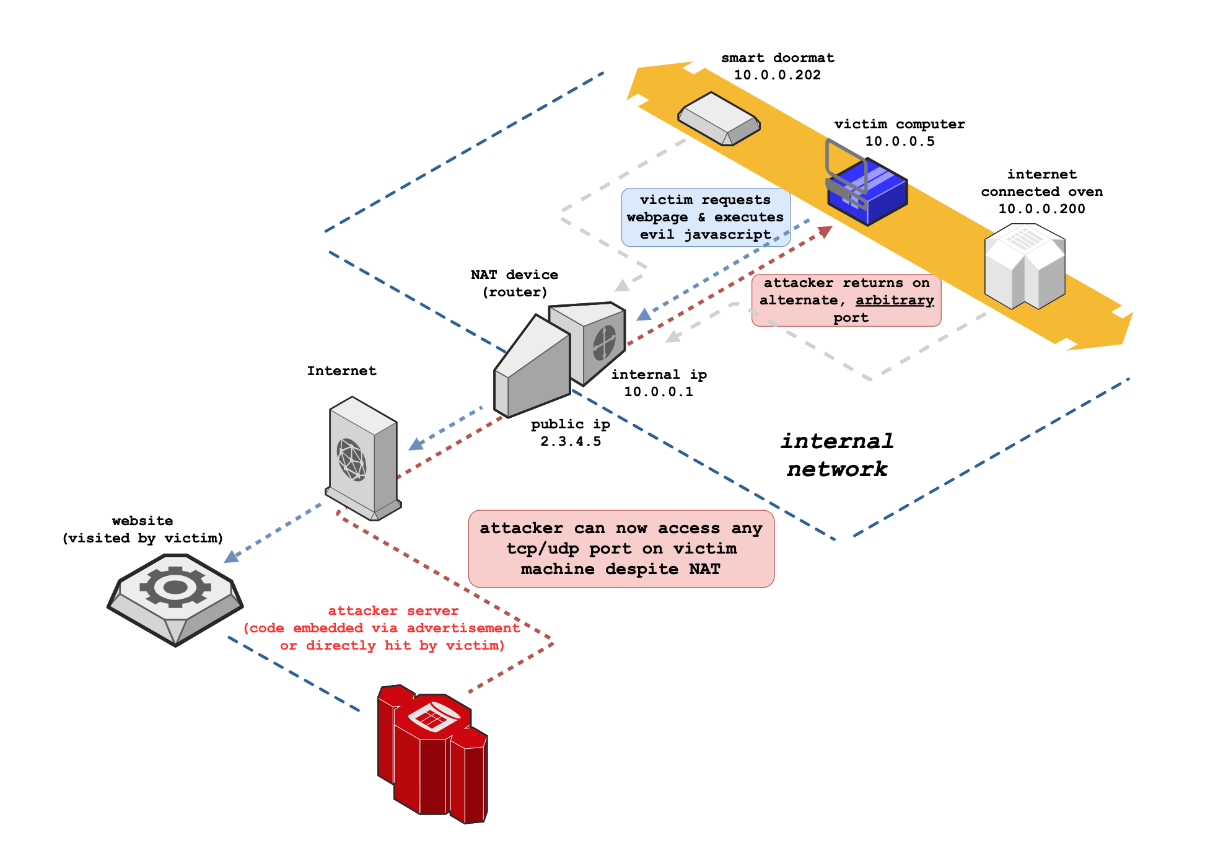 Because an attacker has successfully bypassed Firewall protections, it is now possible to gather information on and potentially exploit TCP/UDP services.

However, it is important to realise that this is an attack which demonstrates the impact of social engineering, it doesn’t matter if the Firewall is configured properly, this attack relies on deception rather than a misconfiguration or vulnerability. Finally, the researcher has released a proof of concept, which could be leveraged for malicious purposes: https://github.com/samyk/slipstream